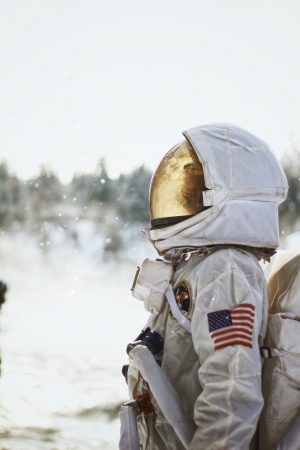 3D printing is one of those technologies that's tailor-made for NASA and the space program. NASA was among additive manufacturing's earliest adopters in the 1980’s.

In fact, in 2014, the International Space Station's first and then-only 3D printer made the first additive-manufactured part in space -- a crescent wrench!

According to John Vickers, Principal Technologist for advanced manufacturing at NASA, NASA has hundreds of 3D printers throughout their ten centers. He says, "NASA partners with companies like Made In Space to build and operate commercial 3D printers on the International Space Station."

So what does NASA do today with all their 3D printers? I’ll explain below!

According to John, one of the biggest returns on investment NASA gets from additive manufacturing is liquid-fuel rocket engine components that are being used to launch rockets to space.

"Today we use an updated version of the Space Shuttle's main engine for the Space Launch System (SLS)," John explains. He continues:

Prior to additive manufacturing, one of these engines would consist of hundreds of parts, all of which have to be made and inspected, and then assembled, and inspected again. One engine made the traditional way would cost a lot of money…and take years to build.

The SLS is intended to be the primary launch vehicle of NASA's deep space. By manufacturing as many of the engine's parts as possible (like the fuel injectors, turbo pumps, valves, and main injectors) with 3D printing, NASA can significantly reduce time and money spent.

"NASA is on track to reduce the number of individual parts by an order of magnitude -- from hundreds to tens -- and reduce the cost of the entire engine by 30% and later by 50%, and the build time by 50%," John explains.

"We at NASA have probably done more for [[THE USE OF]] additive manufacturing for propulsion and liquid engine rocket components than anyone else," according to John.

Project Archinaut from Made In Space, Inc. is developing additive manufacturing technology for building large-scale structures in space.

By doing the building in orbit, creating and assembling components and structures avoid the size, shape, and take-off constraints of needing to be launched from Earth’s surface. Also, part designs can be added or adjusted “on-site.”

In mid-2019, NASA awarded Made In Space a $73.7 million contract to demonstrate that a small satellite (a “SmallSat” in NASA terminology), dubbed Archinaut One, can manufacture and assemble components, in space.

Since proposed missions to the Moon, NASA is working on using what-will-be-local resources. "We are experimenting printing habitats with simulated versions of regolith -- basically, soil -- that mimics what's found on the Moon and on Mars," says John.

NASA called on external groups to demonstrate this possibility with their multi-phase 3D-Printed Habitat Challenge.

During a final "demo print" round at Caterpillar’s Edwards Demonstration and Learning Center in Illinois, teams spent 30 hours spread across four days 3D printing, "creating subscale shelters out of recyclables and materials that could be found on deep-space destinations, like the Moon and Mars," according to NASA's press release, followed by testing and evaluation by judges.

"Because of the diversity of presentations, we learned far more than if we had just gone to one participant," says John.

We look at work being done in the terrestrial construction industry, and work with other government agencies like DoD, NIST and DoE, and also with America Makes -- I think that in-space manufacturing has unlimited growth for NASA and commercial use.

There are many reasons -- and uses for -- 3D printing as we work towards getting into space, including:

As a result, it’s clear that there are lots of places where additive manufacturing is needed. For more on NASA's 3D printing space initiatives, check out these blog posts: