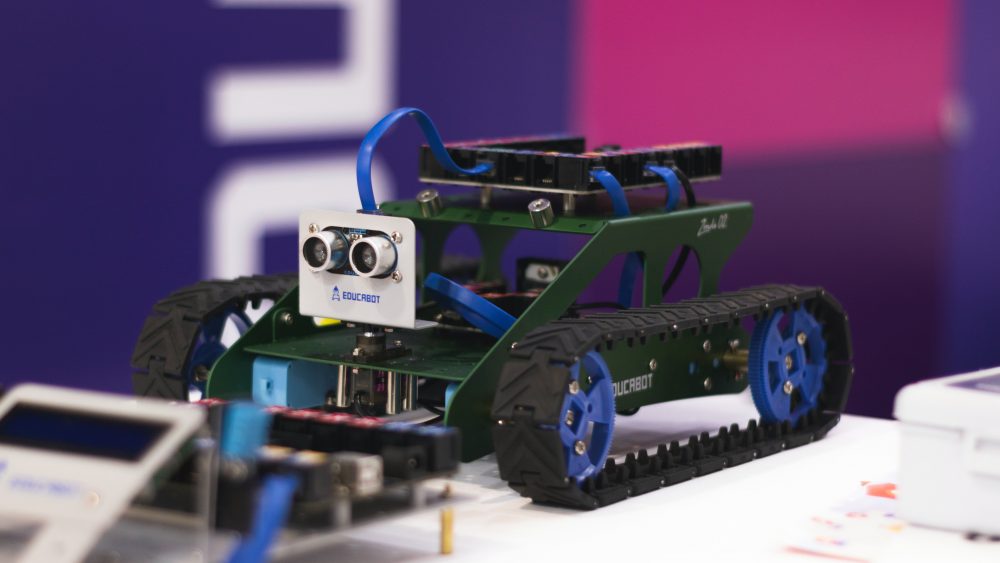 Robotics are key to the technological advancements in our world, driven by a myriad of robotic types and functionality, programmed with unique materials and parts, driven with tangible pieces and parts, but also shaped with intangible programs and algorithms that help them learn, move, and perform tasks once unimaginable. Beneath the astonishing capabilities of robotics, now and into the future, is a 3-D printer at work, or an additive manufactured part or material coming out of such a printer that enables robots to do their thing. 3-D printing is a boon to robotic design and functionality.

Yasemin Ozkan-Aydin is a robotics engineer an assistant professor of electrical engineering at the University of Notre Dame. She is inspired and influenced by the behavior of biological colonies such as ants, honeybees, and birds to arrive at solutions that can transfer to collective actions by robots. Swarm robots act in unison by communicating with each other through a rather complex means of sensors and communication that allows them to overcome obstacles and swarm across terrain or under water.

Using a 3D printer, Ozkan-Aydin and the team built the small four-legged robot, no longer than a ruler, powered by a lithium polymer battery, a micro-controller, and three sensors that help them connect one swarm robot to another.

Building a swarm of robots to act in unison is quite challenging. Biological patterns can transfer to a mechanical system and create a design pattern. This principle helps 3-D printing provide a means to create parts and systems that enable swarm robots to interact with one another function intelligently, together, collectively, as a swarm.

3D Print It and Watch It Fly Away

Put feedstock into a 3-D printer, provide it with a digital drawing and all that's needed to fabricate a drone, and like lickety split, a drone emerges from the printer. But the drone flys away, literally from the 3-D printing system.

Sounds dreamy and futuristic, but it's the reality. And it’s happening inside the minds of Virginia Tech students who are behind this project. After winning and initial award from NASA's University Student Research Challenge, the students are tasked with raising a portion of the fund to crowdsource fund their endeavor.

Chris Williams, a professor of mechanical engineering at Virginia Tech has been a champion of 3-D printing and additive manufacturing from its earliest stages of wide scale adoption in engineering and science. He supervises the printing of metal, plastic, and more in his "Dreams" laboratory, which houses the "Dreams" machine - a Swiss army knife of 3D printers, that can create multiple complex forms all in one place. Because Williams and his teams have a head start on the use of 3-D printing and their Dreams machine, they were able to come up with a way to put this technology to work and pull off a feat of technological and engineering bravado that helped them put their NASA grant to work nicely.

Their work continues. They have utilized the printing technology to performance an unprecedented feat: 3D prints a drone, with an ability to soar away after it’s fabricated. It just sounds hard to believe that such a feat can happen, but it did.

The printing would begin and continue in different directions, creating a chassis for the drone with electronics integral to it, printing over it and cutting away excess material. In the end the drone would fly away like a scene from a science fiction film, but this vision is one that aligns well with their prime sponsor NASA, and their goals and missions in putting young minds and academics to work like this.

Advances in additive manufacturing and 3-D printing open whole new avenues for robotics. Robotics are often built to orders and specifications, requiring specific shapes, parts, materials, and functionality, that are often difficult to attain without producing a specific part. Sometimes that part, form or functionality requires trial and error before the precise component or other necessary part is produced. 3-D printing lends itself to supply such a demand and is one good reason why 3-D printing is essential and valuable to the future of robotics and their development.