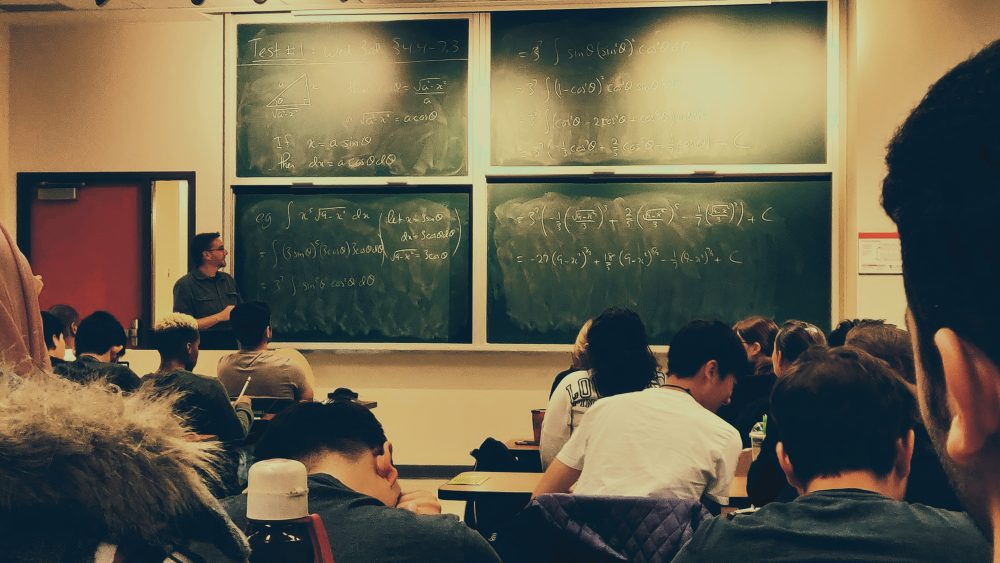 4 Famous Tech Giants and Where They Studied

Do you remember how it felt to fly from the nest? Car packed to the brim with nothing but the open road and the smell of fresh textbooks ahead. Yep, textbooks, remember those?

Safe to say, even the tech giants of our generation once had that ‘heading to college’ mix of nerves and excitement. But perhaps they had something else brewing too. Inventions that would change the world perhaps? With that in mind, we thought it would be fun to take a brief look back at where it all started for the likes of Elon Musk (SpaceX), Melanie Perkins (Canva), Jeff Bezos (Amazon) and James Dyson (Dyson). Tesla and Space X founder/PayPal co-founder Elon Musk was accepted into Queen's University in Kingston, Ontario at the age of 19 as an undergrad before transferring to the University of Pennsylvania where he gained a physics degree at age 24.

Known to be somewhat of a party animal in his college days, Musk still found the time to study – and boy did it pay off. A man with a clear vision for creation, it wasn’t long before he was studying for a PhD in applied physics and materials science at Stanford university. As of 2021, Musk, now 50, is estimated to be worth $318.4 billion - making him the richest man in the world.

But where did it all start? After high school, Perkins enrolled at the University of Western Australia, majoring in communications, psychology and commerce, working as a private graphic design tutor on the side. She noticed the difficulties students had in learning design programs such as Adobe Photoshop and saw a business opportunity. She dropped out of university at age 19 and Canva was born soon after.

Perkins, 34, is one of the youngest female CEO’s in tech, with her story being a great example of the value of perseverance and female success in a largely still male dominated industry. Indeed, she was told ‘no’ by investors over 100 times when she tried to launch, but now runs a billion dollar business.

As of this year Canva has more than 55 million monthly active users, having achieved a 130% year-over-year rise in annual revenue.

Born in 1964 in New Mexico, Amazon's big boss and entrepreneur Jeff Bezos started off simple, selling books from his garage. He is now the second richest man in the world...

Here is one woman’s interview and hiring experience with Bezos back in 2002. Would you believe that vacuum cleaner tycoon, James Dyson does not have an engineering degree?

Instead, after studying for a year at the Byam Shaw School of Art, Dyson chose the Royal College of Art for his furniture and interior design course between 1966 and 1970.

A few years later, in 1978, Dyson, having grown impatient with clogged air filters in his Ballbarrow (his version of a wheelbarrow) factory, built a cyclone particle collector similar to devices used in larger industrial plants. According to Britannica: “Adapting this solution to home vacuum cleaners, Dyson worked for the next five years, testing more than 5,000 prototypes, before eventually producing a successful model that swirled incoming dirty air around a cylindrical container, where the dust was separated by centrifugal force and settled by gravity while the purified air escaped out the top.”

Dyson, today worth $9.5 billion, employs more than 5,800 engineers around the world and invests about $10 million a week in product development. He gives back to the education system too – the James Dyson Foundation was set up in 2002 to support design and engineering students fulfil their potential. He also donated £20m to Cambridge University and Imperial College London to build new facilities.

Some of the most successful players in the industry were in fact college dropouts (Apple’s Steve Jobs and Steve Woziak, Canva’s Melanie Perkins). Then there’s the likes of Elon Musk and Jeff Bezos who did stick it out to graduation day. The common thread amongst these successful tech giants seems to be determination, perfectionism and above all a deep need to create something the world needs.

If you’re looking to follow in the footsteps of these moguls, don’t automatically assume it’s Ivy League or bust either.

Interestingly, data analysis site Paysa looked at 286,777 resumes of employees at 100 major tech companies to determine which colleges had the most alumni working for the most highly sought-after tech employers. University of Washington, Carnegie Mellon and Stanford all topped the list thanks to their impressive computer science departments. What’s more, seven of the top 10 were public universities, not Ivy League.

Start small, dream big and never give up.

“The common question that gets asked in business is, 'why?' That's a good question, but an equally valid question is, 'why not?’ - Jeff Bezos