Chances are you've been staring at the same venerable CAD workstation display for quite some time, perhaps too long. This old relationship has probably carried on for years, surviving an upgrade here or a rebuild there. Like an old friend, you've been through CRT thick and LCD thin, teamed up to tackle some quality work and enjoyed a good time or two. But your dear friend is starting to look a little ragged. Now in 2016, you may have to gaze longingly at that anti-glare coated panel one last time, push that power button and bid adieu. Because here comes 4K. 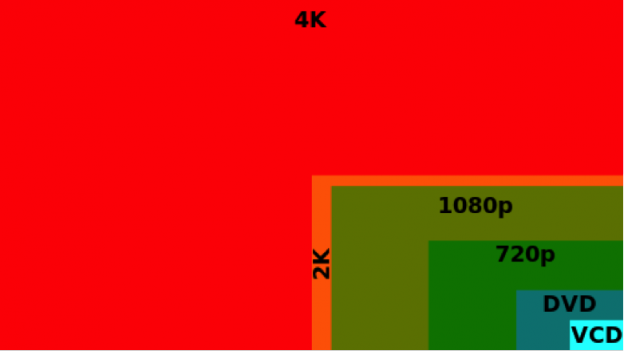 If compiled screen resolution statistics from various sources ring true, we're all long overdue for a display update. Approximately a third of us are stuck at standard HD resolution, i.e. 1920x1080 (otherwise famously known as 1080p) on a single display. Another third is enslaved by the less glamorous 1366x768 resolution perpetuated by laptops and less expensive desktop displays. The last third, more akin to the observant readership of this blog, has long recognized the utility of multiple displays for content authoring and CAD design, and typically carry dual 1080p displays for a grand total of 3840x1080 pixels of glorious screen real estate.

My particular setup, while comparatively rare, is a variation on the theme: 5840x1200 across three displays. This includes a positively Jurassic Hewlett Packard 2035 LCD panel, dating from the last ice age (~2004 or so) that dutifully serves as the tertiary display for Adobe Bridge sessions, streaming press conferences, or YouTube Beaglerush I2 runs without crowding my primary and secondary displays where actual work happens. While we've nursed setups like these for quite some time on the basis of economics and practicality, the price-performance case for 4K is almost ready to go mainstream.

4K is, sadly, not an engineering term

Just what exactly is 4K anyway? "4K" is what the salesman at Best Buy might remember to push in his pitch, but it's less exacting than what engineers demand. 4K refers to "about 4000 pixels" but the reality, of course, is more complicated.

In film and video production the DCI 4K is the accepted standard, at 4096x2160 resolution. That's a 1.9:1 aspect ratio (AR), which is a little oddly proportioned from the usual workstation display AR of 16:9 (1.78:1). If all that's confusing, at least be glad that we've finally left the days of conventional television at 4:3, where cropping and/or letterboxed bars ruled the earth. If you ever owned a laserdisc player in the mid nineties, I feel your pain.

When it comes to computer displays, the relevant standard is UHD-1 (also referred to as Ultra High Definition TV), which checks in at 3840x2160 pixels. Yes, 3840 is less than 4000. There goes the whole 4K moniker, but it's close enough for government work. If you're more comfortable with the consumer television trend of labeling resolution according to the vertical dimension and scan type, then you can think of 4K as 2160p. "P" being “progressive scan,” of course. Thankfully no one in their right mind is using an interlaced "i" display anymore.

Whatever you want to call it, 4K affords quite a bit more resolution, roughly twice the number of pixels in a single display than what a current dual 1080p display setup affords. While displaying six simultaneous pages in Microsoft Word might have limited value, complicated graphics-intensive applications like CAD benefit tremendously from the additional space.

For example, a long time source of entertainment was creating a "whole enchilada" role (complete with an icon of said enchilada) in pre-ribbon Siemens NX, and turning on enough toolbars to reduce the graphics window to the size of a postage stamp. As ridiculous as it was, it really drove home the depth of the application. All that extra resolution adds room for multiple views, larger graphics windows, toolbars, dialog boxes, feature histories, expression tables, etc.

And for those of us who have a task bar that looks more like the unabridged history of computing, multitasking across all that space is a tremendous boon. And if you're brave enough to step into the larger world of multiple 4K displays, it might very well be life-changing.

Attack of the upgrades

For quite some time, 4K displays weren't all that affordable. What's worse is that software support was iffy at best. Going 4K for a while was a splendid way to be consigned into a semi-hellish world of Lilliputian icons, illegible software menus, and OS scaling headaches. So the case for 4K was indeed a weak one.

But all that is changing. You'll find solid 4K displays on sale for $400 (albeit at 30hz refresh). Even the pricier IPS professional panels are quickly falling towards a cool grand, and OLEDs are finally starting to actually exist, albeit at world-breaking price points. What's more, direct software support is finally emerging. Native 4K support for Solidworks and CATIA is already available. NX 11 has support forthcoming. Solid Edge, AutoCAD, and the others likely aren't far behind. Make sure to check what versions of your favorite software natively support or otherwise behave well in 4K resolutions before you make the jump.

And therein lies the rub; the jump to 4K may trigger of wave of upgrades in both hardware and software. 4K adoption may give an instantaneous reprieve from downturns in PC hardware sales, where graphics horsepower has matured to the point that you can push pixels all day at existing HD resolutions. And yes, unless your graphics card is a recent model you may very well need one of those too. But don't complain too much: most haven't upgrading in a long, long time. You're overdue.

Warn your IT departments and significant others: 2016 may be the year of 4K. Don't fret too much, old LCD panel. We'll always have a jpeg of Paris.

After the basics: A 3D printing handbook 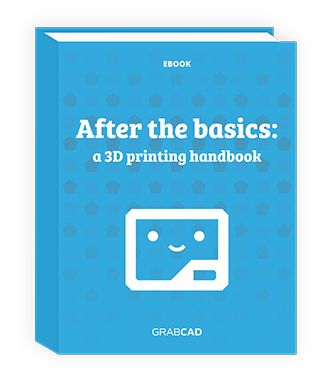 There's virtually no end to 3D printing resources for beginners. But what to do after you've mastered the basics is a little less clear. Let us help with this free eBook.