Metal 3D Printing is undoubtedly the next big thing in the fast-moving realm of 3D printing. 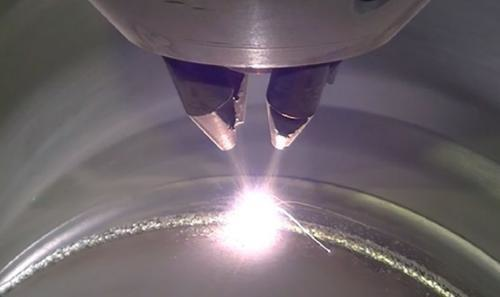 The Metal 3D printing market is undoubtedly kick-starting a renaissance of sorts in the world of manufacturing and is estimated to be worth $12 billion by 2028.

Several companies are currently in full competition mode, each campaigning to establish the most effective and groundbreaking means of molding metal into various forms. It’s not one size fits all either. There are multiple forms of metal 3D printing technology (each with their own pros and cons), which makes for a pretty competitive and exciting time in the industry.

No longer a method solely utilized for producing one-off prototypes, metal 3D printing is now being used for small series parts and final production components too. We’re talking jewelry, functional parts, kitchenware and aircraft, to name but a few.

Over the last few years, metal 3D printing has gone from strength to strength, and for good reason. With the potential to save valuable time and money more commonly invested into traditional casting, forging and machining techniques, metal 3D printing allows designers and engineers to produce complex parts without restraint. The process also enables pieces to be printed as a "whole." You avoid having to weld parts together, thus making the manufacturing process more streamlined.

Indeed, with conventional manufacturing, making metal objects can be a wasteful process. For example, when aircraft makers manufacture metal parts, around 90 percent of the material is wasted, but metal 3D printing can reduce waste to a minimum. What’s more, a finished 3D printed metal product can be up to 60 percent lighter compared to a machined part. The aviation industry saves billions of dollars through this weight reduction, mainly on fuel costs.

So, what are the industry heavyweights saying about metal 3D printing and where else are we seeing it used?

Tom Campbell, director of innovation for space and intelligence systems at Harris Corp, says metal 3D printing unlocks the ability to make parts that could never have been made in the past. “The other thing driving interest in the technology is simply competition,” added Campbell. “3D printing is a tool that allows smaller businesses to play with the big boys. It is the democratization of creating parts.”

Aerojet Rocketdyne Inc., is using 3D printing to build parts for the Orion spacecraft, which intends to carry a crew of four astronauts to destinations at or beyond low Earth orbit

A Boston based company, Desktop Metal, has opened up pre-orders for its Studio System, which uses inkjet-like technology, rather than laser-based techniques, to produce precision metal parts.

The printer will be made available later this year, at which point the company hopes to expand with a production version of the machine that offers 3D printing at 100 times the speed and a twentieth of the cost of current systems. It can print pieces in a range of metals, including steels, copper and titanium utilizing commercially available powders.

One of the leaders in the 3D printing industry, Stratasys, recently announced that it too was planning to enter the metal 3D printing market.

Robocasting is used to make ceramic models or thin layer links. The thin nozzle allows for a very precise course of action with intricate designs being woven by the printer.

This is one of the fastest ways to 3D print metal. Particles are shot at a surface to build up a physical object. It was originally used by NASA to build metal objects in space.

Originally developed at MIT, this metal 3D printing method uses powders just like in SLS, but instead of laser technology it makes use of binding agents. The process is carried out layer by layer until it produces a 3D model. This type of printing leaves a lot of powder residue after processing, but fortunately it can be reused.

This method uses a metallic ink that is sprayed down and magnetised to produce very quick and elaborate different shapes. It is being used by Lockheed-Martin in aeronautics.

LENS is a laser-based metal printing method that fuses powders to produce printed structures. It requires a very controlled environment, namely a hermetically sealed chamber, typically purged of oxygen with the use of argon.

DED covers a large group of additive manufacturing terms. These methods include “laser engineered net shaping,” “directed light fabrication,” “direct metal deposition” and “3D laser cladding.” Its main use is to add to existing objects rather than creating a whole new one from scratch.

Originally developed by NASA over 10 years ago, EBFE is a method primarily used in aeronautics. This method can craft complex geometric shapes with no material waste whatsoever, and is able to create lightweight shapes – boosting fuel conservation.

UPM is a relatively new method that can operate with metals but also a variety of other materials. Researchers believe that this method, at its full potential, can make complex technologies from start to finish. It will be able to mix and match various materials into one cohesive whole.

This state of the art and incredibly fast technology uses UV curing on a metallic powder that has an organic binder around it.

LMD is similar to melting or sintering tech, which deposits powders and uses lasers to heat them into shape onto a platform. At this point, the technology works on iron, cobalt-based, nickel-based alloys, tungsten carbide and other metal powder coated metal. It’s useful for strengthening, repair, regeneration or direct manufacturing.

Want to get in on the 3D metal printing game at home? Well, you might have to wait a little bit longer. Since very high temperatures are required, you can’t just use a regular FDM printer.

Still, 3D metal printing at home isn’t totally outside the realm of possibility. As technology advances, we could see considerable growth in this area.

The Metal 3D printing market is undoubtedly kick-starting a renaissance of sorts in the world of manufacturing and design. In fact, it is estimated to be worth $12 billion by 2028. It allows designers and engineers to combine multiple components in production, minimize material use, produce complex parts and reduce tooling costs.

So, what’s not to jump on board with?