Every year, Google publishes a report on trends for the automotive industry. This is different from other industry trend reports, because it comes from searches typed by Google users. Market research firms often rely on focus groups, consumer surveys, and complex formulas. Of course, Google is privy to a data set many envy, so it leverages that advantage. The idea, as claimed by the tech giant, is that this sampling of buyer interests and intents is more representative of the whole range of consumers in different markets. I won’t bore you with Google’s methodology, since you can read all about it in the report.

This year’s report focuses on consumers in the United States, Germany, and Japan. Likely for political reasons, China isn’t included, despite being the largest car market in the world. That would be an interesting and highly profitable study. Still, what people want in these three other countries drives quite a bit in the industry.

Keep in mind that the following results are useful for automakers and people in automotive marketing firms, but you could leverage them as well. As vehicle tech shifts, opportunities open for small firms, startups, and entrepreneurs to provide solutions not currently available. 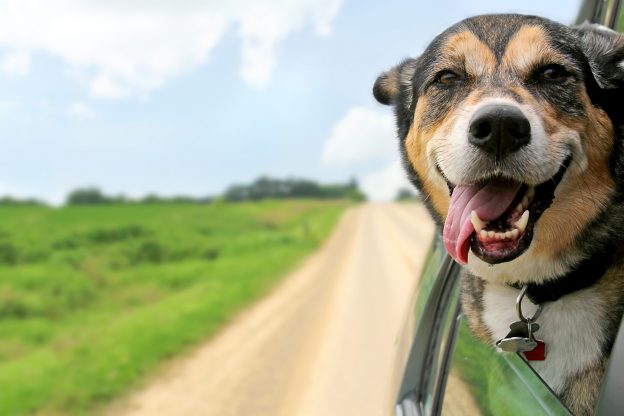 A lot of Americans are searching for pet accessories for their vehicles, according to the new Google Automotive Trend Report.

The hottest automotive trend in the United States is in-car pet equipment. People are looking for dog car seats, car seat covers, seat belts for dogs, and dog steps for cars. Americans no longer want to transport Fido in the cargo area of their car, for whatever set of reasons. Germans and Japanese are also interested in this topic, but US consumers were far more likely to Google products. As a dog owner, this doesn’t surprise me, because keeping your dog secure while driving helps tremendously. But, there aren’t many intuitive products on the market.

The top trend in Germany is DAB or Digital Audio Broadcasting. Back in 2010, the government pushed to start transitioning all TV and radio services to DAB. This means automakers can appeal to Germans by highlighting the DAB-compatible radios in their vehicles. Aftermarket sound systems will obviously need to do the same, otherwise Germans might pass them over.

Google found that the top trend in Japan is consumers wanting to transform their vehicle into a home on wheels. If you’ve been paying attention to the market there, or have been stuck in Tokyo traffic, that wouldn’t be a shock. Among the items the Japanese are considering for their car are curtains, refrigerators, humidifiers, seat covers, and seat cushions. Japan has always been a leader in vehicle customization, and that trend doesn’t look to be letting up anytime soon.

For all three markets, Google found that onboard cameras are a leading trend. Once thought to be something only useful for people racing on tracks, as well as illegally racing on streets, this tech is about to hit the mainstream. There are considerable advantages to having a dash cam, like documenting who’s at fault in a crash, catching crimes in progress, and even monitoring how service techs use a car when it’s being repaired.

Backup cameras and mirror cams were also trending, which boost safety on vehicles that didn’t come with an OE camera. Consumers are also looking for hidden car cameras, which can be used to catch thieves, monitor young drivers, and even spy on an unfaithful spouse. The reasons for wanting these look like they run the range.

People in Germany and Japan are driving interest in cameras that use GPS. That feature can make proving where you were when easier, like if you’re in an accident and there’s a dispute. All three markets saw an uptick in searches for night vision and motion activation for cameras.

If you really dig into the report, you can uncover items in each market that are likely to see strong, steady demand in the foreseeable future. In the United States, those items include car wraps, auxiliary power adapters, cabin air fresheners, and steering wheel covers. For Germany, those safe bets include car subwoofers, 2 DIN car stereos, and headrest monitors for rear occupants. The Japanese will likely keep looking for smart key cases, rear seat monitors, and various accessories. There are plenty of opportunities in these different product fields, if you’re so inclined.

What should you do with Google’s Automotive Trends Report 2018? That depends on your position. Maybe you’re in a position to take advantage of the market trends uncovered by the tech giant. Just keep in mind plenty of other people are pouring over this report, so you need to stay one step ahead.