Does Ford Announcement Signal the Death of the Sedan?

Ford rocked the automotive world last week when it announced what some thought would never happen: it’s withdrawing every car it currently makes from the North American market, save the Mustang and upcoming Focus Active.

People have been quick to react to the news, many in extreme ways. It’s understandable, because for years midsize sedans dominated the marketplace, with compact sedans coming in second. Those days are over, leaving some feeling confused. 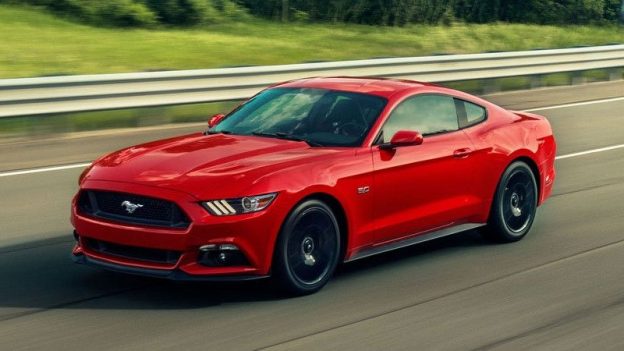 The Ford Mustang will be one of only two sedans that Ford has announced it will continue to manufacture for the North American market.

How We Got Here

To be frank, if you found this news from Ford to be completely shocking, you weren’t paying attention. For years car sales have been sliding. Crossovers are the main culprit, although truck sales have also been rising. Way back in May of 2014, enthusiast site Jalopnik declared “The Sedan is Dead” in a headline. The site examined sales data from four years ago, arriving at that conclusion.

More recently, even stalwart cars like the Honda Accord have been suffering from sales slumps. Meanwhile, the Toyota RAV4, Ford Escape, and other crossovers sell so quickly dealers can barely keep them in stock.

You could say people in North America have been bit by the “utility” bug. They feel the need to have something that will haul lots of people or stuff around. You can argue all day long whether someone really needs 160 cubic feet of cargo space in their everyday vehicle, but that’s irrelevant. It’s a matter of if people perceive they need the room.

There’s also the safety factor. Being heavier and bigger, people feel safer in crossovers and trucks. Again, it’s not clear-cut whether they’re actually safer when compared to cars, considering SUVs are more prone to roll and have sloppy handling. Perception is key.

Name an automotive brand without a crossover or truck? It’s getting harder to do, with Lamborghini, Bentley, and Alfa Romeo all having recently joined the trend. Lotus and Ferrari are both working on crossovers. They’re reacting to market trends.

While sedan sales are on the decline, they aren’t actually “dead” by a long shot. They still make up a huge portion of the market in North America, coming in behind crossovers and trucks. There’s a big difference between no longer being number one and being completely irrelevant.

If you’ve noticed lately, the Toyota Camry, Honda Accord, Chevy Malibu, and plenty of other sedans have really upped their game. You get sexier styling, more power, tighter handling, and loads of luxury in these cars, especially compared to ten years ago. As they no longer rule the market, automakers must do something to keep sedans compelling.

Ford’s situation is unique, at least compared to most other large automakers, although it’s quite similar to Fiat Chrysler’s, which has effectively made the same decision. Ford has been losing money for years and investors understandably aren’t happy. With the old CEO out and a new one in place, cost-cutting has become the number one way to save the ship. Sedans have become money losers, so Ford has decided ditching them in North America is the way to go.

Just because Ford isn’t going to sell sedans in North America for the foreseeable future doesn’t mean that will be the situation forever. The company will still make and sell sedans in Asia, Europe, and elsewhere. If needed, it can somewhat quickly adapt the designs for the North American market and jump back in.

Obviously, there are a few obstacles to Ford selling sedans in this area of the world again. It would have to either import the cars, or fit factories here with the proper tooling for the job. Automakers must fabricate new tooling each time they make changes to any vehicle, so that’s not a huge deal.

More importantly, Ford is going to surrender market share to competitors like Toyota, GM, Hyundai, Honda, and Kia. If the sedan market ever heats up again, Ford would have a lot of ground to make up, putting it behind other brands.

Why would people start buying sedans again? One possibility is another spike in oil prices. While electrification has been moving forward, EVs still make up a sliver of the overall market. Hybrids help reduce fuel consumption, but they still use gas. If one thing’s for certain, the cost of oil goes up and down. It was down but has been steadily climbing. Where the price per barrel of oil will stop, nobody knows for sure.

If gas were to become obnoxiously expensive, all those heavy SUVs with gas-sucking four- or all-wheel-drive systems will suddenly seem like burdens. Obviously, Ford doesn’t think that will happen anytime soon. It’s a gamble, but that’s how this business runs.

The reign of sedans has been over for several years now. Perhaps it took Ford dumping its sedan lineup to make the general population aware of a trend we in the automotive industry have been tuned into for years. Still, Ford’s move is a dramatic one that will either be looked at as one of brilliance or studied for some time as a huge blunder. Only time will tell which it’s going to be.