Cars Are Safer, But More Pedestrians Are Dying

We’re constantly reminded how vehicles are safer now than ever. Automakers feature dramatic, slow-motion videos of simulated crashes in commercials with somber voiceovers. Safety organizations post detailed findings of highly scientific safety tests. One of the first questions parents ask is what the safety rating is on a vehicle.

Automakers pour serious resources into designing super strong vehicle structures. They can absorb impacts, and redirect them away from occupants, all thanks to strategic reinforcements, composite materials, and other advanced designs. 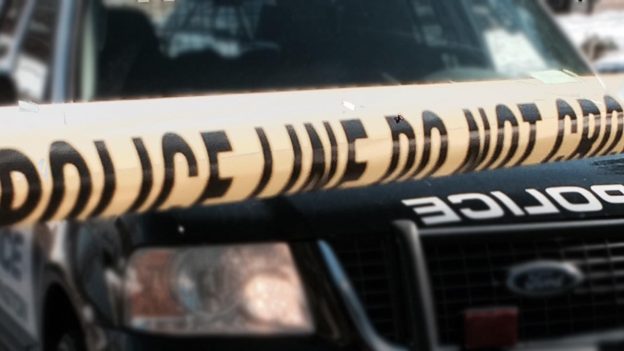 Just go to a dealership and see the array of safety equipment you can get on a car.  Rearview cameras are now standard on all vehicles, but plenty of others can be had with 360-degree camera systems. Automatic braking, lane centering, adaptive cruise control, and even reverse automatic braking are growing in popularity.

With ever-safer vehicles, a new study from IIHS has shocked the industry. It concluded that pedestrian deaths have jumped 46 percent since 2009, when they were at an all-time low. In other words, modern cars aren’t so safe if you aren’t inside them. But why is that?

IIHS not surprisingly found that pedestrians are dying on the busiest roads in urban and suburban areas. The majority of accidents are happening not at intersections, but instead in the middle of blocks. Yes, jaywalking is dangerous.

I’ve had pedestrians suddenly dart in front of my car on a busy road. Perhaps they didn’t see me or they were impaired – I have no way of knowing. It’s a scary situation for drivers and pedestrians, and it’s completely avoidable. Walking to an intersection and waiting for a cross signal isn’t convenient. But, it’s something that could save many lives.

While IIHS noted that crosswalks being spread too far apart is a problem, painting more of them on roads won’t stop this trend. Lights pedestrians can push to stop traffic helps with safe crossings, as do flags that catch drivers’ attention. Crossing islands are useful, too, since they let pedestrians cross wider streets without needing to run.

The study also found most of these fatal accidents happen at night. Again, I’ve had pedestrians in dark clothing run right into the street, almost like they had a death wish. That, to me, is simply unbelievable.

It’s also worth noting that in some cases, pedestrians were staring at their phone as they stepped out in front of a vehicle. Some cities have lights embedded into the sidewalk to warn phone-gazers not to head into an intersection. It’s sad that such an innovation is necessary, but these are the times we live in.

One vehicle type was by far more likely to be involved in fatal pedestrian accidents: SUVs. Stereotypes of SUVs just mowing people down maybe aren’t that far-fetched after all.

I’m sure everyone has a story about an ultra-aggressive SUV driver who used the size of their vehicle to intimidate others. While that might be a factor, IIHS cited some other features that contribute to higher fatality rates.

SUVs are taller, making seeing pedestrians more difficult. That means an SUV is more likely to hit a person’s chest or head, leading to more deaths. Redesigning the front fascia and hood on SUVs is one possible solution. For example, the Volvo XC90’s hood is designed to crumple in the middle, acting like a baseball mitt that “catches” a pedestrian. Subaru, Land Rover, and Volvo have all dabbled with pedestrian airbags, too.

You might not like some of the additional solutions IIHS came up with. The organization is advocating lowering speed limits in cities and suburbs. With drivers already spending a ridiculous amount of time behind the wheel when commuting, this isn’t popular.

IIHS went on to propose that speed cameras should be set up to enforce the lower speed limits. Again, that’s not a method people will like, and the legality of speed cameras has been successfully challenged in some states.

Since many of these fatal accidents happen at night, IIHS wants better lighting along roads. That places a financial burden on municipalities, which must pay for and maintain those lights. Improved vehicle lighting is another point IIHS keeps pushing, even including it in vehicle tests now. The problem is brighter vehicle lights can and do blind other drivers, creating another risk. It’s all very ironic. Different designs promise not to do this, but some work better than others.

The big elephant in the room is drivers using phones and infotainment systems while driving. It doesn’t take looking away from the road for very long to hit a person on foot. You can make roads bright at night, have safety lights and more crosswalks, but if drivers aren’t watching these won’t do any good.

One of the best ways to prevent pedestrian crashes is to outfit cars with detection systems. Volvo, Subaru, Ford, and other brands have tech that will detect a person on foot and stop the vehicle automatically. In other words, the robots need to watch our backs.