If I were to ask most people what the connection between Porsche and Toyota is, they’d be confused. After all, there’s a big difference between a 911 and a Corolla. The German and Japanese automakers on the surface are about as different as bratwurst and sushi. But, Porsche likely owes its continued existence to Toyota.

Back in the 1990s Porsche was in deep financial trouble. Profits had dropped through the basement, from a surplus of $258 million to being in the red by over $180 million in the span of just six years. That’s hard to believe today, considering Porsche has one of the fattest profit margins in the auto industry. It wasn’t always that way, thanks to gross inefficiencies inside Porsche. 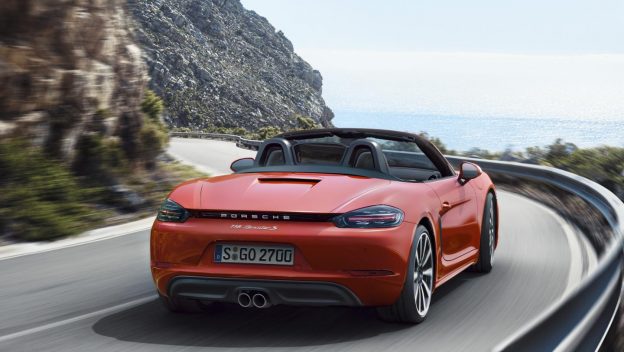 One of the keys to Porsche’s current profitability comes from the effective use of Lean Manufacturing principles. I’ve written about this manufacturing approach before, so it’s not necessary to launch into details about it here. Most people think it’s all based on Japanese principles.

While Toyota certainly fused key cultural characteristics into its practice of Lean Manufacturing, the concept wasn’t created by the automaker. It was American business professor W. Edwards Deming who really created this innovative way of making things. The fact it translated well from American to Japanese culture was a testament to its universal effectiveness.

When Porsche found itself in a deep financial hole, Lean Manufacturing was the escape rope. It’s detailed out in quite the story from The New York Times, called “Putting Porsche in the Pink.” To give you the short of it, Porsche’s production floor was a mess.

Workers would need to climb ladders to get parts for the production line, causing holdups. Nothing was really organized. It was a model of inefficiency. Any outsider could immediately see why Porsche was losing money and sinking fast.

In a desperate bid to become profitable again, Porsche hired several Japanese engineers from the Shin-Gijutsu group. Many of them had worked for Toyota before. Today, theses kinds of moves are pretty common. But back then, Porsche was a symbol of German national pride, so having foreigners come in and run things was…awkward.

Of course, the alternative would have been bankruptcy. Supposedly BMW and Mercedes were waiting to pluck Porsche up for a steal. German automakers had tried adopting Just in Time Manufacturing techniques in the past, but tradition and culture stood in the way. It was pure desperation that brought everyone to their knees in Porsche, and it actually worked.

Before the new manufacturing approach was instituted, it took about 120 hours to assemble the average Porsche. With the changes, that time was reduced to just 72 hours, or a 60 percent boost in efficiency. You’d think maybe workers were slopping through the cars, but they weren’t. The number of errors for vehicles had fallen 50 percent. The proof was in the results.

You could say the Boxster was the experimental Porsche. It was a huge departure from the 911 and the slew of front-engine models. Some decried it as a Saab imposter, thanks to the turbocharged four-cylinder engine.  The idea was to attract younger buyers who might have skipped over Porsche before. It was affordable, sleek, and actually linked in principle to the Porsche 550 Spyder from way back.

The Boxster was a pioneer in another key area: it was the first Porsche to be made using Just in Time Manufacturing. As noted before, it worked beautifully. To save on manufacturing costs, Porsche used many of the same parts for the Boxster as it did for the 996. That didn’t make enthusiasts happy, because they thought the move really watered down the 911 (no pun intended).

Porsche purists have a history of complaining about any changes. For example, when the Cayenne was released, they howled and moaned about it. The SUV has funded the creation of a continuously-expanding array of 911 models, but that apparently isn’t good enough.

From Bosses to Consultants

When the team from the Shin-Gijutsu group was first hired, they walked the Porsche production floor day after day. The Japanese engineers would scold German workers and foreman, explaining to them in no uncertain terms that they had to change processes fundamentally. As described by The New York Times, it wasn’t a pretty sight, but it was necessary.

After Porsche got back on its feet and enjoyed consistent profitability, things changed. The factory workers perceived the value of Just in Time Manufacturing. Likely grateful to not be looking for a new job, they didn’t resist the foreign methods like before. As for the Japanese engineers, they melted into the background, acting as consultants instead of task masters. They would show up quarterly to scold workers and management.

While stern Japanese engineers no longer walk the Porsche assembly lines, their influence is still felt. The German automaker has been singled out quite a few times for making reliable vehicles and using highly efficient manufacturing processes.

For example, in 2011 Porsche was recognized by the Manufacturing Leadership Awards. It has set up a consulting firm to help other companies streamline manufacturing, with a long list of clients. You could say Porsche is a model student of Toyota, which was a student of W. Edwards Deming.