Being Human in a World of Ever-Increasing Technology

As technology becomes an increasingly crucial and ever-present ingredient to the recipe of modern day life, the questions begs to be asked: what does continually advancing technology mean for us as human beings?

Should we feel threatened by the future – a future in which technological advancements will  mean certain jobs are lost and our concept of “reality” becomes skewed as we’re gradually more reliant on smart systems and favourable to virtual worlds? Or, should be we be thankful to live in a world where travel, communication, banking and healthcare, etc. have all been undeniably enhanced thanks to technology?

The answer: probably a little bit of both. 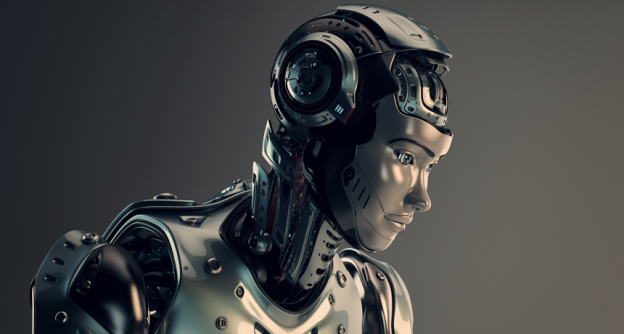 Above all, technology should enhance the human experience and in an ideal world, not make us fearful of the future. It should make life essentially “easier,” but of course such a concept is incredibly subjective. What’s more, technology can be put to use for “good” or “bad” ends, whether or not it makes a life process easier.

For many of us, our views on technology are caught up in this juxtaposing narrative of technology being either good or bad. Globalization Studies lecturer at Victoria University in Australia Jose Ramos believes we’re experiencing a great anxiety when it comes to the impact of technology.

“This public conversation is a polarized reaction to fast-paced technological transformation,” he said. “On one side are the technological fetishists, who welcome a new age of technological transcendence…where Artificial Intelligence (AI) will reach a stage where it will be able to engineer ever more powerful AI, leading to an exponential rise in the power of AI, far surpassing human intelligence. In this version of the story, technology will liberate us from death, ignorance and even the bounds of our life on Earth.”

The other side of the coin indicates those who are wary of the changes and consequences of technological advancement. Indeed, although Elon Musk wants to colonize Mars, he is equally afraid of the implications of AI. Then there’s fear surrounding job losses due to automation and how mobile phones and social media have created a kind of surveillance society that is contributing to our increasingly disjointed attention spans. According to a survey, the average person checks their phone 28 times a day. That's at least once an hour and more than 10,000 times a year.

Michael Bess, a historian of science at Vanderbilt University, said his concerns lie with the speed of technological advancement.

“We went from having no World Wide Web to a full-blown World Wide Web in 20 or 25 years — that’s astonishing when you consider how much the internet has changed human life,” according to Bess. “In the case of, say, the telephone that took many decades to fully spread and become as ubiquitous as it is today. So what we’ve seen with the internet is blisteringly fast compared to the past.”

For most of human history, the world wouldn’t change too drastically in a single lifetime, but change with regards to technology now seems exponential. Bess added: “I worry that we don’t have enough time to adjust. What is all this doing to our habits, to our cultural sense of who we are?”

While there is a fair argument that supports the notion that technology is "dehumanizing" us in some ways, there is also evidence to suggest that the physiological development of the human race and our penchant for technology are closely linked.

Ramos believes our relationship to technology is mostly unconscious.

“Technology is seen as a thing to be either praised or condemned, and something we have or do. But the question of who we are as technological beings is overlooked," Ramos said.

“We shaped tools and instruments, created new methods and processes, and crafted elements of the natural world into usable items. As an animal species among many other species competing for survival, this was our unique route to success.

“But there’s a catch: the same successful formula that allowed humans to conquer the planet – technological instrument power – has turned out to be the thing that now threatens our very existence,” Ramos continued. “From nuclear apocalypse to climate change, bee colony collapse syndrome and now AI, we are facing challenges that our ancestors could not have imagined.”

Instead of seeing technology within the binary dialogue of “good” or “bad,” do we instead need to ask: what does it mean to be conscientious, developed and wise technological beings?

“If we can ask and get good answers to this type of question, I believe there is hope for us to steer paths to viable futures,” said Ramos.

Blockchain entrepreneur and co-founder of Chronicled, Samantha Radocchia, believes that to ignore the human element in tech is to miss the larger point.

“Technology changes the fabric of society, and it’s up to people to adapt. Even though jobs were lost during the rise of the internet, the amount of new positions and opportunities created during that same period has been massive,” Radocchia said. “Certain functions that used to require a human touch are now easily automated. But with advancement comes new opportunities for people who seek them.”

I heard an ad playing in the background as I was writing this article, it said: “innovation creates tomorrow and tomorrow is here today.”

Indeed, it’s abundantly clear that advanced technology is on the up and it’s here for the long haul. Less clear, however, is how we will continue to fit into the picture.

Author Gerd Leonhard told Forbes: “Trillions of dollars are spent on making the world technologically 'smarter' but very little is spent on getting humans ready for that future. We will need to decide, very soon, where humans end and machines start, and vice-versa, and this is an ethical question not a technological challenge.”

With technological advancement comes inevitable change, and rather than upholding this fear of what new technology means for us, we need to be actively thinking about how it will affect us as humans and as a society and adapt.

We’ve changed a lot since we began flaking crude stone tools 2.5 million years ago and we’ll continue to change. The key will be upholding the bonds that hold our society together despite the transformation.

About the author: (Jessamy Baldwin)

All posts by Jessamy Baldwin