While many have been incredibly shocked by the news that General Motors will shutter multiple factories and lay off thousands of workers, some in the auto industry could see this coming. That doesn’t make the shift any less difficult for the families who now wonder what the future holds for them financially.

I pointed out back when Ford announced it would all but stop making cars for the North American market that the sedan is no longer king. This has been the case for years, thanks to the surging popularity of crossovers and trucks. If you notice, each vehicle being axed by GM is a sedan, like the Chevy Volt and Cruze, Cadillac CT6, and Buick LaCrosse. 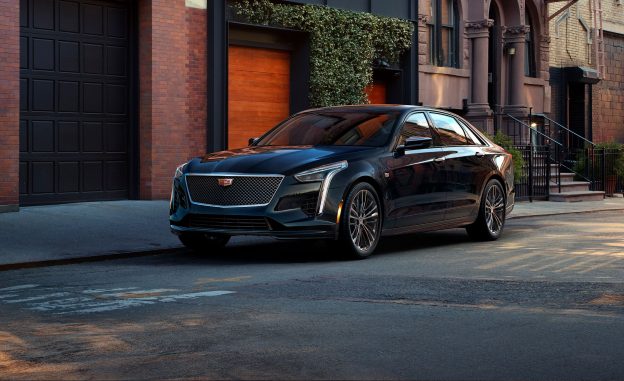 Everyone seems to have an opinion about GM’s recent announcements, and pretty much all of them miss the mark on what everything means. Keep an open mind and you’ll realize this moves signals something truly interesting and maybe even inspiring.

During his unsuccessful run for the White House, Mitt Romney said the government should “let Detroit go bankrupt.”

His declaration was maligned as callous by Democrats, especially considering Romney’s father headed up the late American Motors Corporation before it was parted out by Chrysler. But Romney insisted by the Obama administration bailing out GM and FCA, taxpayers were getting the short end of the stick. Neither automaker would learn their lesson, and in short order would be back in the same position.

Today, plenty of conservatives are loudly and proudly declaring that the $11.2 billion bill to keep GM afloat was for nothing. After all, it was a subsidization of dysfunctional business practices, so nothing was accomplished.

There’s no denying that GM could get leaner and meaner to better compete in today’s marketplace. This is why GM unsuccessfully tried to shut down all operations in South Korea a few months ago. The company has quietly ended production of different vehicles, and now it’s making deep cuts by dumping cars which quite frankly aren’t selling. To lean down, it’s shuttering factories, which understandably has angered people in those communities. But does this mean GM hasn’t learned its lesson?

Oh, and then there’s the whole issue of the tax breaks provided by the GOP in a tax bill just last year. People are asking where the money from those cuts went.

Don’t think for a second Republicans have the corner on the market for outrage towards General Motors. Nope, Democrats are thoroughly upset with the auto giant, and some are out for blood.

One example: Sherrod Brown, a Senator from Ohio, took to Twitter for some venting, not unlike our esteemed president. He made the accusation that the money GM captured from last year’s tax break wasn’t invested in American jobs. Then he went on to declare this move is “corporate greed at its worst.”

Tim Ryan, a Democratic member of the House of Representatives who has constituents in one of the areas where a plant is closing, urged an investigation into the “corporate tax handout” and how GM used it. Ryan seems to believe it was all used to “inflate corporate profits” instead of hiring more assembly line workers, which obviously is the way to stay more competitive in today’s automotive industry.

Other Democrats, like Representative Joe Kennedy III, say this move by GM benefits shareholders and nobody else. Heavy stuff.

Trump Steps In It

Naturally, President Trump has also weighed in on the plant closures, which are happening in Ohio and Michigan, two states which swung to help elect Trump in 2016. During his campaign, the Donald promised to bring manufacturing jobs back to those states.

Trump has been embarrassed by GM’s move. The President said he has demanded GM stop making cars in China and instead make them all in the United States. The Wall Street Journal even quoted the President as saying GM is “playing around with the wrong person.” Likely, they cut out the part about breaking CEO Mary Barra’s kneecaps.

Needless to say, Canadians aren’t happy, and they’ll politely express that. Canadians have deep national pride, as demonstrated by David Olive in an editorial published recently in The Star. Olive proposes that the Canadian government should buy GM Canada and keep everything running under a different brand, maybe Maple Leaf Autos.

It would be the first Canadian automaker, and it would push Canada closer to a socialist paradise in a frozen tundra, which is a first in the world.

While people are busy feeling enraged at GM for running a business and not a charitable foundation for assembly workers, they’re missing something really big about the situation:

The old GM would have never done such a thing.

Pre-bankruptcy, GM had a proclivity for making cars nobody wanted and continuing to make them even though nobody still wanted them. They tried pawning them off on rental agencies and company fleets, driving used values into the sewer and trashing the brands’ images. How do you think GM drove itself into the financial abyss?

The fact Mary Barra and other GM brass is wiling to make an unpopular yet business-savvy decision like this shows GM has finally realized it needs to stop telling consumers what they want. Instead, GM is listening to the public, and it’s about damn time.

Even though the Cadillac CT6 is a beautiful and compelling car, nobody cares. People want a crossover they can shove their baby stroller, bicycle, Costco giant brick o’ toilet paper, or whatever else inside without problems. Call it right, call it wrong, call it a crying shame, but that’s what consumers want. Why should GM keep making cars that aren’t selling?

Buried in all the outrage is the news that GM is also investing more heavily than before in electrification and autonomous tech. That’s good, because the industry is pivoting in that direction. Just look at surging Tesla sales as proof of this trend. Old GM decided where the industry should go, and then it blessed us with the Pontiac Aztek. This new GM seems to get it needs to read the room, then act accordingly.

Will GM be successful in its restructuring? How should I know? But at least it’s trying, instead of continuing to churn out tens of thousands of cars which will be doomed to sit on car lots for months and months on end while the company hemorrhages money.