The tilt rotor aircraft holds great promise for improving air travel in the future. Research efforts have begun in the early 1950s to produce an aircraft that could take-off, land, and hover like a helicopter -- but with the speed of an airplane.

Why this would be awesome:

The big challenge, however, is the noise. For instance, the noise from the tilt rotor during landing is LOUD, and is why the aircraft hasn’t been widely accepted.

During 34 years of testing, a lot of techniques were tested to not only decrease the acoustic signature of the XV-15, but to also increase its efficiency:

The problem, however, was that in the midst of 34 years of testing, by the time the aircraft made its way to the Smithsonian, it traveled with a truck full of “change orders” and “as built” documentation; as a result, no one was quite sure about the exact dimensions and the shape of the aircraft.

How 3D Technology Saved the Day

Having an artifact in a museum that curators couldn’t easily define was embarrassing. Even more embarrassing was when modern researchers made inquiries about the aircraft specifics, and no one had the answer.

In 2018, NASA Ames sent a team to scan the whole aircraft and create a 3D model, not only to create a historical record and resolve any future questions about the shape of the aircraft, but also to help build a 3D model that can be used in building models for Computer Fluid Dynamic (CFD) simulation.

To eliminate the possibility of misaligning the scan data and to combine the accuracy of photogrammetry with the resolution of 3D technology, NASA team adopted and implemented the following measurement plan:

This approach of using a combination of photogrammetry and 3D scanning to create “as-build” models is becoming more and more popular. 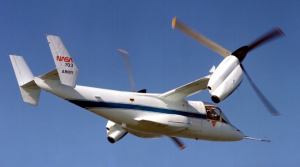 Today, it is used in the following ways:

Currently, one of the most popular applications of this technology is in the field of construction. For new construction, renovation or retrofit projects, the 3D scanning provides architects and general contractors with the information and insight into how to fix issues and make critical decisions before they cost time or money.

Once the project is scanned and the 3D model is generated, the 3D model provides an easy and economical way to generate “as-build” drawings required for permit sign off, and most of the drawings have a correlation of better than a 1/1000 an inch to the actual building.

Another interesting application is for Facility Management. For instance, if the cable routing and plumbing is documented in a 3D space, upgrading your facility becomes a lot more manageable; you would know exactly what needs to be removed, what will stay, and how much free space you will have for your upgrades.