Engineer Notes: Robotic Chefs, 3D Printed Fingers, and Is That a Lego Block or an IoT Device?

With new advances in technology and engineering occuring everyday, we thought we'd compile a list of some things we thought were worth keeping an eye on, as well as cool news we thought you might want to know.

Are they Lego lookalikes or Internet of Things-connected, highly sophisticated “blocks” that snap together to provide customized IoT functionality for the post-PC world? Either way, it’s time you met Interstacks, which are basically Lego-like blocks that snap together to fuse hardware, software, and info architecture into a web of trillions of interconnected tiny little devices. 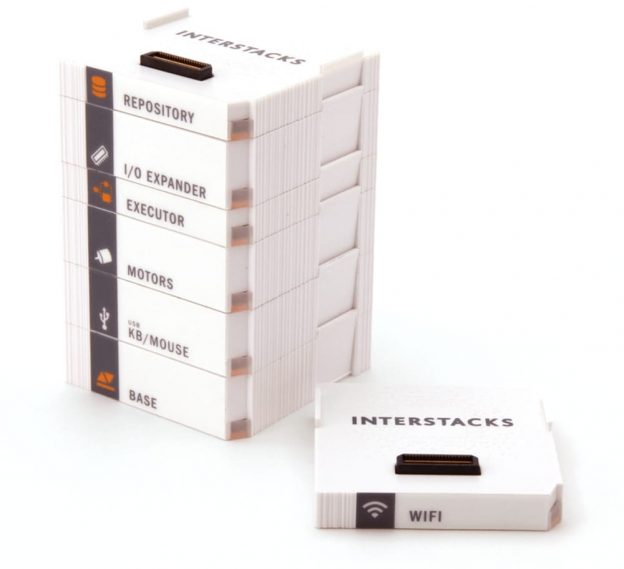 Internet of Things devices are a pretty hot topic right now, which is why we think the Interstacks blocks are a refreshing entry into the IoT market, and a product well worth keeping an eye on in the future.

It may look like a padded sleeping mask, but it’s so much more. With more than 20 years of research behind this device, Sana Sleep’s “smart goggles” are putting to rest insomnia and other sleeping disorders. With technology that's said to “trigger specific patterns in the brain,” this revolutionary sleeping device puts your brain into deep states of relaxation in a matter of minutes. After being trained to recognize the user's breathing and pulse patterns, these “smart goggles” can help insomniacs sleep quicker than ever and, more importantly, finally get a good night’s sleep! Look out for the release of these goggles in 2018. They will retail for around $400.

Is it possible that living with robots may actually increase our own intelligence? A new study conducted by Yale University found that when robots were incorporated with humans to achieve a communal goal, the presence of AI’s boosted both the performance of the human group as a whole as well as that of the individual. Even when the task grew more difficult, the bots were able to accelerate the time it took the humans to solve the task by 55.6 percent. These findings help to aid in the advancement of robots in the automotive industry and even in military scenarios. If robots cause humans to perform better, could it be possible for humans to drive better around robotic self driving cars? Could humans be more strategic when working in tandem with AI’s in war?

Robots may not be taking over the world yet, but they sure are entering into new sectors at a rapid pace. The fast food industry, a sector that some may think would benefit from robots the least, is getting a new employee — Flippy.

Flippy was built for one sole purpose: to flip hamburgers. Researchers at Miso Robotics have created this robot in hopes chefs can make food more “consistently and perfectly.” With “eyes” that can tell where other food is on the grill, and sensors that can sense when others are near, Flippy may just be the perfect fit for the kitchen of the future.

3D printers have been deemed useful in a multitude of industries such as medical, automotive, and aerospace. But one industry that some thought might never reap the benefits of 3D printing is the food industry. This idea is quickly being proved wrong, however. Recently, Australian researcher Dr. Aarti Tobin has proposed that 3D printing could help tremendously for people who suffer from dysphagia, a disease which makes it difficult to swallow foods or liquids. By being able to manipulate the 3D printed food to be both soft and visually appealing, even dysphagia patients who suffer from dementia (and therefore don’t recognize soft/pureed food as being edible), can enjoy a pizza or a nice steak.

Talk about a helping hand – or finger. After experiencing a “freak” cycling accident, 15-year-old Oliver Smith of Derbyshire, UK, was placed in a full arm cast for 18 months. With his GCSE exams right around the corner, Smith was panicked with the thought of not having a hand to write or type with. With the help of a 3D printer and the brilliant ideas of his design technology teacher, they were able to print a so-called finger to attach to his cast. This enabled Smith to type with both hands and to take his GCSE’s with ease. Thanks again, 3D printing!