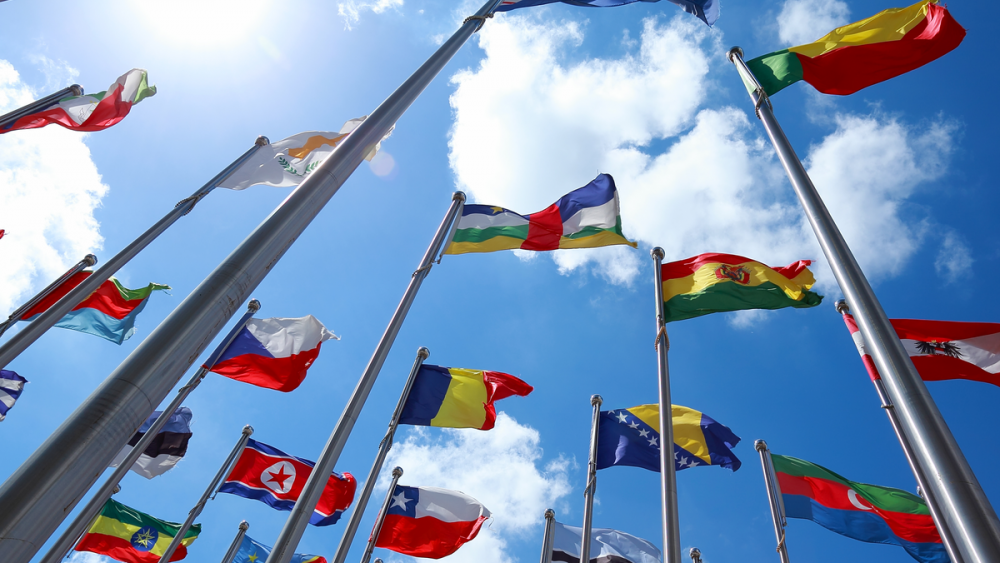 Countries that are leading the way in 3D Printing

3D printing has now well and truly made itself known on the world manufacturing stage. From its use in the medical world during the pandemic to its importance within the spheres of design, architecture, fashion, art and beauty (to name but a few), 3D printing has come a long way since its emergence in the early 80s.

As time has gone on, various technologies and innovations have been developed due to additive manufacturing and it undoubtedly holds its own when it comes to competing against more traditional means. What’s more, its influence and reach is forecast to gradually accelerate on the world stage amongst those countries and regions most committed to additive manufacturing as the future. Indeed, adoption of 3D printing across different sectors has increased globally from 4% from 2019 up to 29% in 2020. How are different countries and regions adopting 3D printing?

Internationally speaking, 3D printing saw a general increase in spend, usage and adoption in 2020 vs 2019.

Many countries are investing in additive manufacturing, but which ones are the trailblazers? Keep reading to gain a brief snapshot into what the big players are achieving and focusing on when it comes to 3D printing.

The US currently has the largest installed base of 3D printers in the world, with the US segment leading the market and accounting for more than 35% of the global additive manufacturing revenue in 2020. From printed cars to athletic shoes to a printed NASA rocket engine, if the US can dream it they can 3D print it, it seems. However, while implementation of 3D printing in the US has increased over the past year, according to the 3D Printing Sentiment Index 2021 over 60% of American businesses could potentially benefit from 3D printing and do not currently use the technology. This means there remains significant future potential for research, investment and education in this arena.

The UK is one of the largest 3D printing markets in the world and increasing investment is taking place every day. However, the implications of Brexit could make it more difficult for the UK government to do this as seamlessly as it would like. Watch this space.

The German economy drives Europe’s most significant 3D printing growth potential. In fact, almost 50% of Germans surveyed in the Sentiment Index believe 3D printing technology will have a positive impact on their own business over the coming year, but 25% worry that they lack the skill-set to get the best out of 3D printing (although this dropped from 42% in the last survey so there is increasing confidence). An intriguing recent project over there included the first ever 3D printed apartment block. France's sizeable 3D printing market shows strong adoption of the technology and proficient knowledge levels, with a significant number of people who would characterize their additive manufacturing knowledge as ‘expert’ or ‘advanced’. Indeed, 83% of those surveyed in the Sentiment Index believe that 3D printing can help to bring new concepts and designs to life across a variety of fields and sectors in France.

China is among the largest 3D printing markets, but by no means the largest, which may come as a surprise to some. However, the Asia Pacific region is projected to witness the highest CAGR in the years to come, which could make it the fastest growing 3D printing market due to the huge potential for growth.

More specifically, the APAC region’s 3D printing market is expected to grow by 18%, with a total spend of $3.6 billion in the next 5 years. In 2017, the Chinese government issued the ‘Additive Manufacturing Industry Development Action Plan’, which includes a goal to introduce over 100 3D printing pilot projects across 10 key industries, including the medical, cultural, educational and tech sectors. For example, China recently founded the first 3D Printing College in the world, Baiyun-Winbo 3D Printing Technology College in Guangzhou. The country also has plans to install 3D printers in over 400,000 schools. Such initiatives will mean people are skilled in 3D technology from a young age. South Korea also has a determined focus on 3D printing growth. Thanks to strong government backing, the medical sector has taken a leading role in implementing 3D printing in the country. According to a report by EY, the awareness and track-record of 3D printing in Korea grew from 24% in 2016 to 81% in 2019, making it the nation with the most 3D printing experience generally amongst its workforce. I don’t see why we wouldn’t start to see similar statistics reflected by other nations in the coming years.

While not a front runner for 3D printing investment globally, Australia is doing its best to catch up. In the last few years the country has experiences an influx of new companies developing 3D printing hardware, specifically in the medical, aerospace and defense-related sectors. The Australian Air Force’s estimated total cost of replacing damaged aircraft parts amounts to more than AU$ 230 million. Therefore, using metal additive manufacturing to repair damaged parts could help to dramatically lower this cost.

3D printing is now a relatively commonplace technology for most developed countries and we are seeing focused investment globally in this area. As we know, 3D printing benefits manufacturers in terms of quicker prototyping, more efficient design methods, reduced waste, lower costs, better modeling and faster time to market.

This is a market that is continuously growing, meaning that in the future, we may well see 3D printing eventually eclipse traditional manufacturing. One thing I do know is that the demand for 3D printers is expected to escalate in the coming years.