From Idea to Execution to Drone

If necessity is the mother of invention, then you could argue that CAD and 3D printing are at least close cousins.

Case in point: when the folks at Mechatronics Art, a Montreal-based custom mechanical and electrical design company, had a client that wanted to test a prototype drone design fairly quickly it left them with a few options. 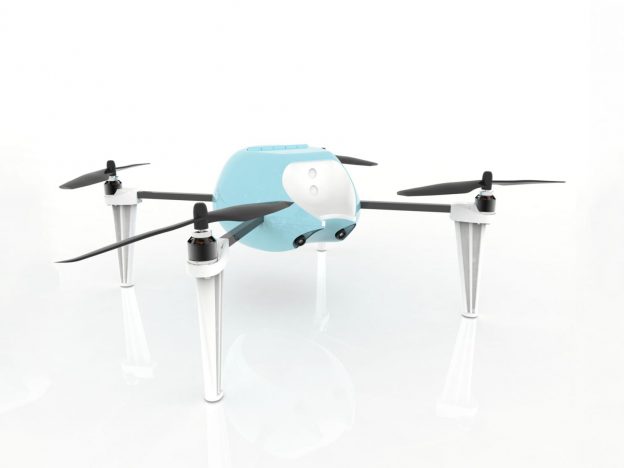 Mechatronics Art could try and produce the prototype through injection molding, but that option was costly and time consuming. They could try CNC machining and hope to get the results their client, Pleiades Robotics, were looking for from a block of plastic, but that option offered no guarantee of success.

Or they could turn to CAD and 3D printing to produce the prototype drone, which seemed to offer the fastest turnaround time and the greatest potential for success.

“What we did is design the drone using SOLIDWORKS so we could already have pretty quickly an idea of how the drone is going to look,” said Alexandre Willame, founder of Mechatronics Art. “3D printing is useful for our clients because it gives us the ability to print a prototype very quickly and inexpensively. This is what we did for this customer, so he could see exactly how the drone would look later on. It’s really useful because it’s really inexpensive compared to injection molding.”

Another look at the assembly process of the Spiri drone prototype designed by Mechatronics Art.

Willame then 3D printed the drone in several pieces and manufactured it by constructing a “skeleton” to hold all the separately printed parts together in order to test fly the drone.

“The usual challenge there is to make parts that fit all components, provide easy accessibility, and have a lightweight design (since this was a drone),” he said. “This was not an easy task given the constraints of usual manufacturing techniques. We most likely would have had to make multiple fixations assembled together in a particular way. Given the fixation would only be used to fix the part (no efforts from the propellers are passing through this skeleton fixation), we chose to make such parts out of SLS 3D Printing. The various parts all had custom fixation, and each fixation would be linked together using thin and lightweight structural bars to make the skeleton. This skeleton fixation allowed us to fit all the parts directly and provided us with a prototype that immediately worked. The overall skeleton weighted only 31 grams!”

Willame said the idea came about as much out of necessity as anything else, since no other manufacturing option would have given them as much flexibility.

“Since we needed something that had to be extremely lightweight, we thought of making something as minimalist as possible. What would be more minimalist, as a fixation, than a single part linking all other parts together?” Willame said. “That product needed to be done very fast, so the part we 3D printed really did look like a skeleton, which is something that’s very hard to do using any other technique. If you used CNC machining on a block of plastic that would be very hard to do; if you were to do injection molding that would be nearly impossible, actually.”

But, after some sanding, priming, and painting, Mechatronics Art had a 3D printed and assembled prototype of the Spiri drone that looked and worked just like the real thing. The Spiri was Pleiades Robotic’s first real flying prototype drone, and is scheduled to be released soon for developing purpose to universities around Canada, including McGill University, Polytechnique Montreal, Concordia University, and others.

“With 3D printing, the part was just perfect and we had that kind of skeleton-looking part really quickly,” Willame said. “The goal of this was to prove very quickly that the concept would work, and with 3D printing it allowed us to do that really quickly, really easily, to make it work for real.”