What Type of Cars Do They Make in China: Guide to Major Chinese Automakers

There’s no denying the growing strength of Chinese automakers. As domestic players in the largest car market in the world, where sales have been on a continual rise for an unbelievable amount of time, they simply aren’t going to fade into the background.

Most people outside Asia and Oceania are only vaguely familiar with a few Chinese automakers. While new ones are cropping up constantly, and the complete list is dauntingly long, having a general knowledge of the major players will help you make start making sense of the market. 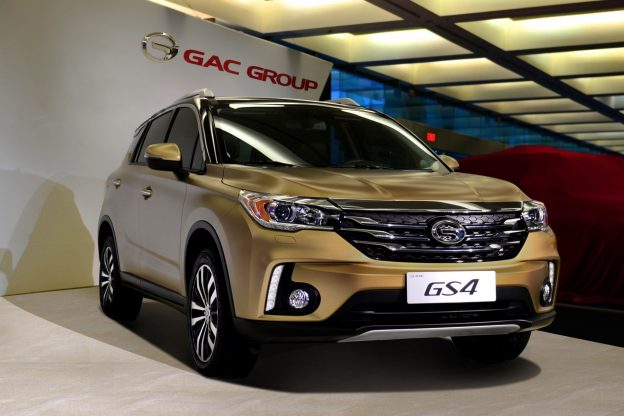 The Chinese automaker GAC Motors have announced plans to begin selling vehicles in the U.S. by 2019.

Based in Guangzhou, Guangdong, this automaker is smart and highly driven (no pun intended). It’s also only been around since 1997, which actually isn’t that young for a Chinese automaker, and is the fastest-growing auto brand in China.

Of all the Chinese automakers, GAC is the most determined to break into the U.S. market, which is the second-largest globally. It showed up at the Detroit auto show this January, saying the brand would be selling cars in the States by the end of 2019. Thanks to a joint venture at home with Fiat Chrysler, GAC is learning quickly what that requires.

Perhaps the best-known Chinese automaker in the United States, thanks to its ownership of Volvo and now Lotus. This company has its headquarters in Hangzhou, Zhejiang and has been around since 1986.

Call Geely the 800-pound gorilla in the Chinese automotive market, because it is. The company has been flexing its muscles quite a lot lately. We now know it wanted to buy Fiat Chrysler, but secret negotiations broke down in late 2017. Meanwhile, the head of Geely, Li Shufu, invested $9 billion buying Daimler stocks over several months. That amount equates to almost 10 percent of the company, making him the largest shareholder in Daimler.

There is some question about whether Geely will try selling its own products in markets like the United States, and that’s always a possibility. Just don’t think for a moment it’s done buying foreign automakers. That might be the plan for gaining a stronger foothold in North America and elsewhere.

BYD stands for “Build Your Dreams.” This automaker calls Xi’an, Shaanxi home and has only been in existence since 2003. Thanks to investors like Warrant Buffet, who like the forward-thinking electrification pushed by BYD, this automaker is surging ahead. It has a growing lineup of vehicles, including a couple of hybrids and an EV, with many more electric models in the works. The company also makes city and coach buses, plus forklifts, if that’s of interest.

This automaker hit the international news last year when it stated talks to buy Jeep off FCA were ongoing. FCA denied such an offer was being entertained. Great Wall has its headquarters in Baoding, Hebei and has been around since 1984.

The focus for Great Wall Motors is big vehicles, considering it only offers two cars at the moment, but boasts three SUV models and three pickups. That likely is why the company was interested in Jeep, because management knows where the automaker’s specialty lies.

Dongfeng Motor Corporation has its headquarters in Wuhan, Hubei and is one of the top four Chinese automakers, when it comes to production volume. The company likes to team up with foreign brands to produce vehicles for the domestic market, having established relationships with Nissan, Kia, Honda, Peugeot, and others.

DFM makes a few dozen passenger vehicle models, plus boasts over a dozen commercial vehicles like buses and dump trucks.

Based in the famous and tech-centric Shanghai, this is also one of the top four automakers in China. To achieve high-volume sales, the company concentrates on commercial models like vans, as well as cars for private use.

In its current form, SAIC has only been around since 2011. But, the company really has a history that stretches back to the 1940s. It enjoys a successful joint venture with Volkswagen, a popular brand in China, as well as a partnership with GM.

Another of the largest automakers in China, FAW operates out of Changchun, Jilin. While it has a decent lineup of passenger cars, the company also produces heavy-duty commercial trucks, plus coach and passenger buses.

The roots of FAW stretch all the way back to 1953. In fact, it was technically the first Chinese automaker, releasing the Hong Qi back in 1958. To say this brand is a bit of national pride in the country would be an understatement.

One of the largest automakers in China, Changan is a force to be reckoned with. Technically, this company has been in existence since 1862, but set out at first manufacturing military supplies for government forces. Headquarters are located in Chongqing.

This automaker keeps its passenger vehicles and commercial products separated by two different brand names. The consumer line is called Changan, and has teamed up with Ford, Mazda, Suzuki, and PSA, as well as fellow domestic brand Jiangling Motors. The commercial lineup is under the name Chana.