The power is in the application when drones take flight

There is one sub-sector of the aerospace industry that I’ve found causes a great deal of controversy, whether in social or professional circles. Namely, Unmanned Aerial Vehicles (UAVs), otherwise known as drones. 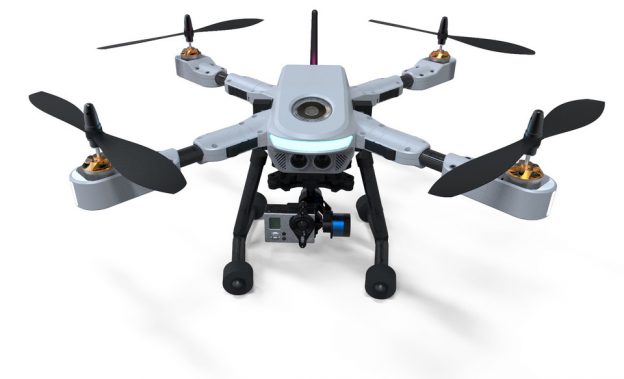 Whether for military deployment, commercial delivery operations, critical aid, or as a hobbyist pastime, these vehicles are growing in number and usage. More often than not, however, the subject tends to go hand in hand with a sense of unease. There is no question that the engineering and technological advances behind the production and operation of drones — at any level — are impressive. But it is hard to escape from “that” feeling. I definitely feel it myself, and I have certainly picked up on it from others during conversations on this topic and across many media outlets that cover the advent of drones.

Almost unanimously, military applications of drones raise red flags, along with issues of surveillance and security. The thing is, now that drones and drone applications exist, there’s no putting it back in the box. And as humans, we have to learn to live with the technology — and the consequences of it.

But it’s not all bad! There are many commercial drone applications of drones that draw a smile rather than a frown.

A recent BBC news broadcast offered viewers an aerial view of the Elizabeth line of the new Crossrail link under construction beneath London. The BBC footage of miles of tunnels was only possible with the use of a camera-fitted drone. It was very compelling to watch, actually, providing insight into a massive construction project (Europe’s largest) that would not otherwise have been possible without drone technology (or an adventurous cameraman with a death wish).

Within a few days of seeing that footage, I came across another BBC story involving drones, this time online.  In this story, the network was hailing “the world's first commercial regular drone delivery service in Rwanda.” My initial reaction was, “Isn’t Amazon already doing that?” Turns out, the online retail giant is just ‘talking’ about drones as a potential delivery option.  Yet many press outlets have suggested that it is happening now.  Instead, Amazon is just now completing feasibility studies in Cambridge, UK, according to company CEO Jeff Bezos.

Yet in Rwanda, drone deliveries are happening now. But as you might expect, some issues have cropped up.

The Rwanda operation is being run by a US company, a start-up called Zipline (http://flyzipline.com/) which is using fixed-wing drones to deliver blood products for 20 hospitals and health centers, improving access to healthcare for millions of Rwandans. The drones release small packages attached to parachutes to pre-determined locations,  allowing lifesaving products to reach areas that are difficult, dangerous, or too expensive to reach by automobile or helicopter. 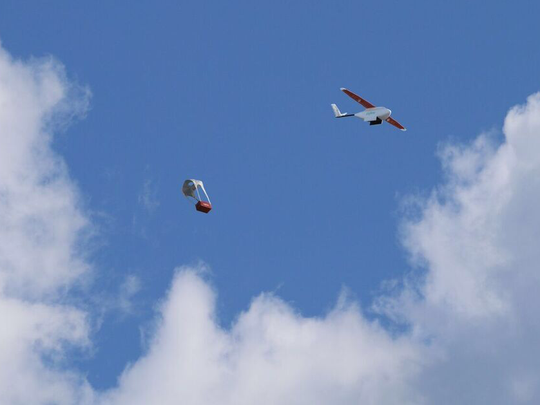 Launched from a catapult, the drones only operate below 500ft to avoid commercial aircraft. They are powered by a nose-mounted battery that provides them with flight range of around 93 miles and they are guided, as you might expect, using GPS data. Both Zipline and Rwandan air traffic control are able to track the drones via a cellular connection.

While there has been a great deal of praise for the initiative, notably in speeding up safe delivery process of vital supplies, some have expressed concerns. The BBC report quotes one aid worker who sums the main issue up precisely: “Whether we like it or not, UAVs are confused with weaponized drones and are perceived by the general public as related to military operations or intelligence gathering. In countries and contexts with conflict environment, it is illusory to imagine that the general public, authorities, and the armed actors will make a distinction between good 'humanitarian/civilian' drones and bad 'military' drones."

I cite this recent story since it clearly illustrates the pro’s and con’s of drone development and use. There are many others, of course, not the least of which was a recent report from the troubled region of Iraq, where Iraqi and Kurdish forces are trying to retake Mosul from ISIS. UK news reports all featured drones attacks by both sides.

There is no easy solution.

In terms of design and manufacturing — 3D printing is a tech well suited to drone production. For the hobbyist, it’s a match made in heaven for customized designs and replacement parts. On the commercial side, 3D printing technology is a perfect fit to build complex, functional parts at full scale and on demand. Moreover, 3D printing as a drone production method is economical, even making the “disposable.”  But isn’t that kind of the point? In military applications, drones, regardless of cost, will always be more disposable than human boots on the ground (or in the air).

In my post providing an overview of 3D printing and the aerospace industry for GrabCAD earlier this year, I highlighted a UAV project undertaken by Stratasys in collaboration with Aurora Flight Sciences. It is a great example of how the two technologies fit together.

But no matter how great the technology is, or the high number of positive applications of UAVs for  emergency situations and rescue and relief operations, we can’t pretend that they won’t be used to do some horrible things too. As it’s always been, and as it will continue to be, technology in the hands of humans has the power to do good and the power to do bad.